Have you captured an image of the skies that you find strange?
Or perhaps you have images or video of something in the skies
you know isn’t right.

There is a whole lot going on up in our skies now as Nibiru
comes nearer, from red reflections, strange glows, orbs,
double and triple light sources, extra heavy
chemtrailing and on and on it goes.

We are all in this together and if you have an image or a video you
would like to share, please submit it right to me, the author of
the CRN site, David, at the following email:

Submit images and video to:

*NOTE – When clicking on an image to enter picture gallery mode, you will see an i icon, click the i to see the comments that go with the image. 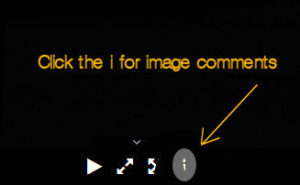 Blinking Sun and the Sun simulator caught on video

Video by Matt Rogers –  Unless you walk around looking at the ground all the time, it’s impossible to miss the increased chemtrailing over our heads.  Every day they are spraying more and more and spraying more heavily as well.  In the North East, they generally spray the Eastern horizon every morning, usually early, before the sun comes up, so that when the sun does rise on the Eastern horizon we can’t see it, but only what light cuts through their chemtrails.  Then in the evening, a few hours before sunset, we see them heavily spraying the Western horizon.  They definitely don’t want us to see the other heavenly bodies of the other system which are mixed in with our solar system now.

Other things shown in this video beside chemtrialing are strange glows, red reflections and odd casts of light from other sources other than our own sun.

There is an old saying – “red sky in the morning, sailors take warning, red sky at night, sailors delight.”  Sadly, this saying no longer applies, does it.  Now we see red horizons every morning.  The Nibiru system is enshrouded in a huge million mile circumference red dust cloud.

Here is a short video sent in by elThomas007, from Mexico.  Thomas says in his email that he was browsing the sky cams of Mexico and happened across this.  He captured it with his phone cam on this computer screen.  In the footage, Thomas explains that you can clearly see the sun at the right side over the word west as he circles it with his cursor, and on the left, we see another large body rising up at the horizon.  Thomas says the configuration lasted around 20 minutes before the large body on the left disappeared because of the light of the sun and the atmosphere.

Thank you Thomas for your video, and please send more if you can.